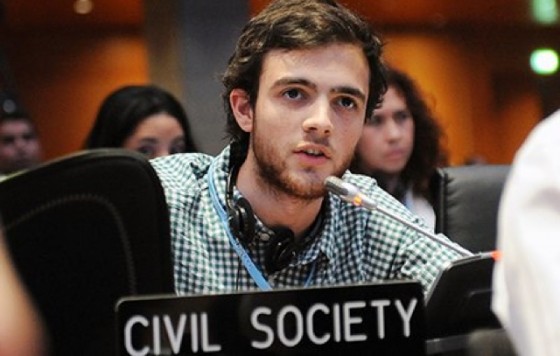 END_OF_DOCUMENT_TOKEN_TO_BE_REPLACED

When astronauts first looked out the window of their spacecraft onto the only planet they had ever known, what they would have seen is a thin blue layer enveloping the globe. Without this layer, life on earth would probably not exist. The stratospheric ozone layer contains 90% of the world’s known ozone (Chasek et al 164), and is life giving because it absorbs ultraviolet radiation, large amounts of which damage all forms of life. Alarm was raised in the 1970s about the state of this protective layer when scientists such as Mario Molina and F. Sherwood Rowland discovered that chemicals, including chlorofluorocarbons (CFCs) were destroying ozone molecules (Chasek et al 164) (Mossos 1). The discovery that CFCs – as well as halons, carbon tetrachloride, methyl chloride, methyl chloroform, and methyl bromides (collectively grouped as ozone depleting substances [ODS]) – were so damaging to the ozone, made worldwide headlines. Not all the reactions to this new environmental problem were reactions born of concern. CFCs are important to various industries; as “refrigerants, propellants, insulators, and solvents” (Thoms 2), and so industries that provided or used CFCs grouped themselves together in The Alliance for Responsible CFC Policy, in an attempt to prevent or delay CFC regulation (Thoms 2). However, all the governments of the world were forced to act in 1986, after further scientific research revealed that a hole had been forming in the ozone layer over Antarctica: the result of which is the much celebrated Montreal Protocol on Substances that Deplete the Ozone Layer. It is usually hailed as a “giant step forward” (Thoms 3) because the global community identified a problem, and agreed to reduce the causes (in this case CFCs – reduced by 50% below 1986 levels by 2000), making it one of only two multilateral environmental agreements – the other being CITES – that have “functioning and active compliance mechanisms” (Victor 14). It also has a mechanism for FTA that has been the model for many environmental regimes since.

An effective treaty is one that: many (ideally all) actors are party to, has timetables for achieving goals, has a mechanism to ensure compliance, has a financial tool that allows Parties which wish to comply to do so without damaging their economy, and perhaps most importantly and effective treaty is one which is able to evolve alongside the problem is wishes to solve. To understand how effective the ozone regime has been, and how it could be more so, we must take a closer look at the history and details – especially measures for compliance and FTA – of the Montreal Protocol.